How it all started...

In 2003, God planted a seed in the heart of Pastor Doug and his wife Chrissy that they would one day launch a church that would lead people to a life-giving relationship with Jesus Christ. With that word planted in their hearts, they made it a point to honor God with their lives until He told them it was time. God placed an opportunity in front of them to lead a student ministry in Youngstown Ohio. It was during this time that God would take them on a journey of discovering what it means to be fully reliant upon Him. In 2009, Pastor Doug read a book called “Dangerous Church.” It was the title of chapter 18 that God used to give him clarity for their future. The words were, ”Go back the way you came." After reading those words, Pastor Doug and Chrissy began to pray about what God was leading them to do. They felt that He was calling them to go back to the city that Pastor Doug grew up in, Huber Heights, Ohio. The motto for the city is, "Come grow with us."

With that said, God has given a burden, and a passion for the city and the people to the Wampler family. The seed that God planted in their hearts in 2003 has now taken root. Now is the time for them to walk out what God has worked in them. Their hearts are to come into the city and serve it. Jesus came into the world to serve it and the byproduct would be saving it. They want to model this in the same way. Their desire is to launch a Multi-cultural and Multi-diverse church, with the focus of engaging the city with the love of Jesus as He transforms lives one person at a time. This is possible only by Gods grace, and strength, as they stay on point, and live out the mission God has called them to live. God didn't call us to do this perfectly, but He did call us to do this passionately and to be carriers of His presence. The first worship experience for Engage City Church was September 18, 2016. 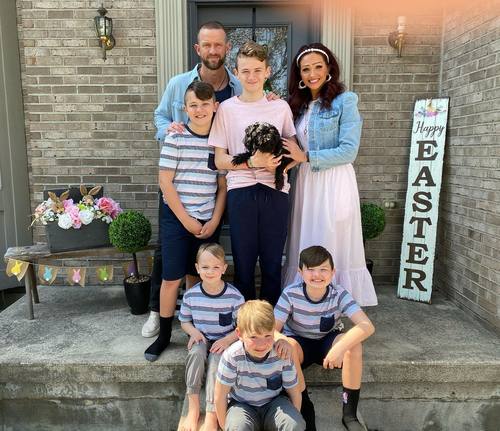 Doug and Chrissy with their 5 sons 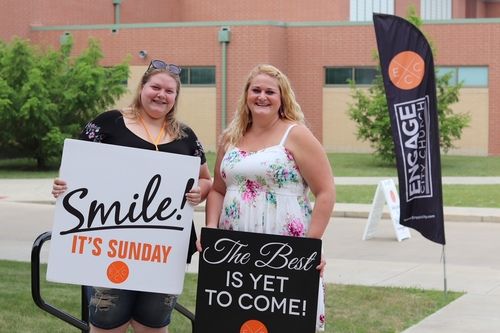 Join us every Sunday as we gather to worship together at 11 am Wayne High School, Huber Heights.